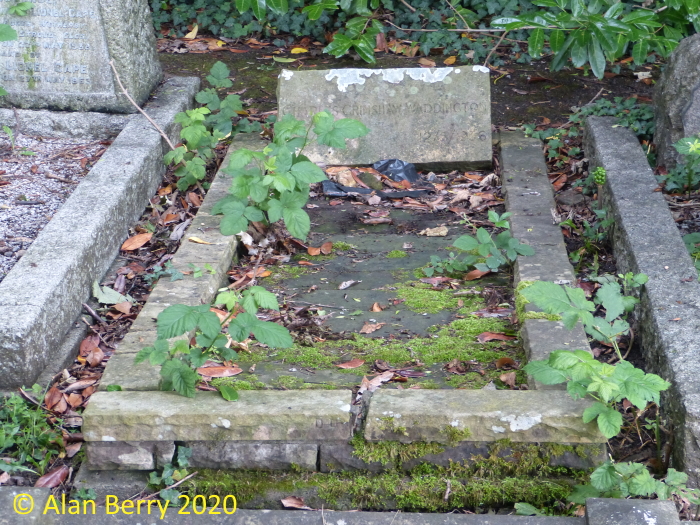 Rank and Unit at End of World War One
Rank Captain

Pre-war Occupation*/marital status**
Trade or Occupation pre-war: Medical student
Marital status: Single
* Taken from attestation papers or 1911 census
** Marital status on enlistment or at start of war
Connection with Collingham, Linton or Micklethwaite and reason for inclusion on this web site

Charles Grimshaw Waddington was born in Bradford on the 7th March 1885, the son of Charles Edwin and Mary Waddington. Charles was educated at Bradford Grammar School and Leeds University. In 1911, Charles was living in Langwith Park, Collingham with his brother, George, and his sisters, Doris and Barbara. Charles was listed as a medical student and he graduated in 1914. He was also a member of the Army Cadets while at the University.

In April 1916, Charles became ill and on the 25th April he was found to have an enlarged spleen and in hospital himself with amoebic dysentry and was declared unfit for general service for 3 months. It was decided to evacuate him back to the UK and on the 24th May 1916 he embarked in Valletta for the return trip. As well as amoebic dysentry and an enlarged spleen, he was by now also suffering from jaundice.

On the 2nd June 1916, Charles disembarked in Southampton and was sent to the 3rd Southern General Hospital in Oxford. His record was marked as unfit for general service for 3 weeks. On the 22nd June he was discharged from hospital and told to report on the 27th July 1916 to the 2nd Northern General Hospital in Leeds for a medical board. This board decided that he was still unfit to serve for a further month, but his condition clearly did not improve as fast as expected as his period as unfit was extended several times. Eventually, on the 21st August 1916, he was again declared fit for general service and a week later (28th August) he was posted to the RAMC Training Centre in Sheffield.

The next stage in Charles' military service is harder to untangle, but on the 26th August 1917, almost exactly a year from posting in Sheffield, he was admitted to the 2nd Western General Hospital from the French Expeditionary Force. He seems to have been attached to the 9th Battalion of the Notts & Derbyshire Regiment.

Charles' original illness may have re-occurred around this time, as on the 26th November 1917 he was transferred from the RAMC (attd. 9th Notts and Derbyshire to Barton Dysentry Hospital. This hospital, at Barton on Sea, on the South coast in Hampshire, was a military dysentry convalescence hospital. On the 8th February 1918, Charles was examined by another medical board who placed him in category C(i) and he was granted leave until the 3rd March. He was posted to Western Command but continued to undergo medical examinations throughout 1918. Eventually, on the 21st February 1919, he was at the Kitchener Military Hospital in Brighton for dispersal from the Army.

Charles Grimshaw Waddington married Dorothy Merle Dunn on the 3rd June 1925 in the parish church in Wetherby, where her father was the vicar of Wetherby.

Charles Grimshaw Waddington had served throughout the war and his health had clearly suffered though his exposure to dysentry. Charles' brother, George Gordon Waddington, also served in World War 1 with distinction.

Charles died on the 12th May 1936 and is buried in St.James on the Corner Cemetery, Wetherby.