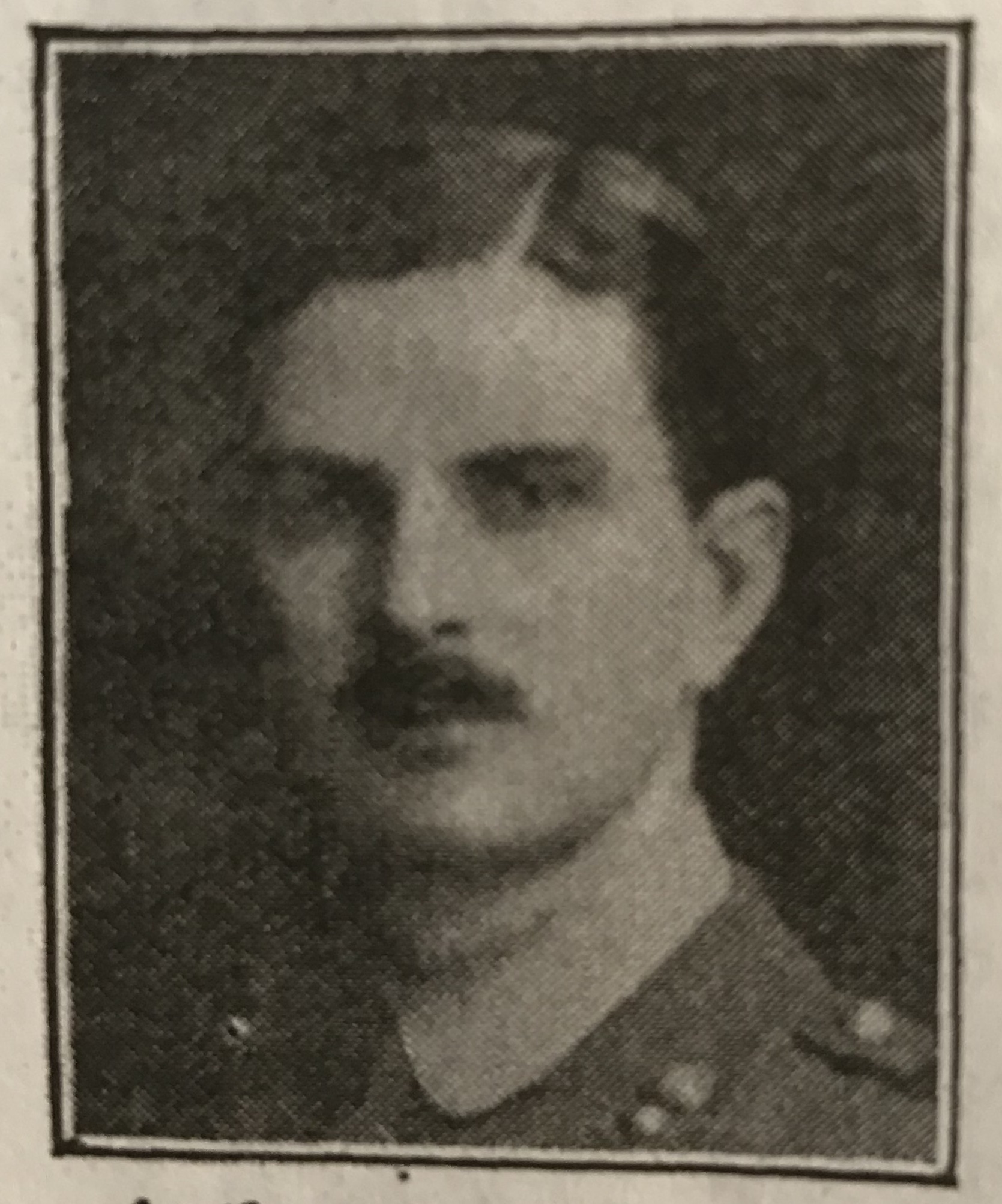 Pre-war Occupation*/marital status**
Trade or Occupation pre-war: Soldier
Marital status: Single
* Taken from attestation papers or 1911 census
** Marital status on enlistment or at start of war
Connection with Collingham, Linton or Micklethwaite and reason for inclusion on this web site

We include Arthur Lefroy Pritchard Griffith on this list since he was named in the Collingham Parish magazine early in the Great War as serving his country. We have not, however, identified a strong connection with Collingham for Arthur Griffith.

Arthur Lefroy Pritchard Griffith was born on the 7th May 1886, the son of the Venerable Henry Wager Griffith, the Vicar of Thorp Arch, and his wife Eleanor Eva Griffith (nee Pritchard).

Arthur was educated at Bilton Grange, Dover College and Clare College, Cambridge, where he obtained his BA in 1908.

Arthur started the Great War with 36 Brigade Royal Field Artillery (RFA), part of 2nd Infantry Division. 36 Brigade RFA was originally formed of 15th, 48th and 71st Batteries. On 4 August 1914 it mobilised at Aldershot and was brought up to strength with reservists and drafts from other units; an Ammunition Column was also formed. It was sent to the Continent with the British Expeditionary Force, disembarking at Boulogne 19 August 1914. It saw service with 2nd Division throughout the war. 2nd Lieutenant Arthur Lefroy Pritchard Griffith was one of the officers with 48 Battery RFA who landed with the Division in France.

In 1914, while serving with 36th Brigade, Royal Field Artillery, Arthur was awarded the Distinguished Service Order. The citation read: "On the 14th September (1914), after being wounded, gallantly assisted in manhandling guns out of action until exhausted."

Arthur was a Temporary Captain from the 2nd January to the 22nd December 1915 and was promoted to Captain on the 2nd December 1915. He then commanded 459th Howitzer Battery, 118th Brigade, R.F.A. He was awarded Brevet Majority on the 3rd June 1917 for distinguished conduct in the field at the Battle of the Somme.

After the war, Arthur became an Acting Major on the 27th January 1919 and retained that rank through to 1922.

In 1926, an entry in Kelly's Directory shows him living at Beechleigh, Ware Road, Hertford.

Arthur Lefroy Pritchard Griffith listed his favourite recreations as hunting and Rugby Football. At the latter, he must have excelled being a reserve for England and playing for The Rest of England, The North, the Welsh Trials, Yorkshire, The Army, Blackheath and the United Services Teams.

Arthur Lefroy Pritchard Griffith died on the 23rd July 1932, aged 46, at the Queen Alexandra Military Hospital, Millbank, Westminster and was buried in Greenwich on the 27th July 1932.