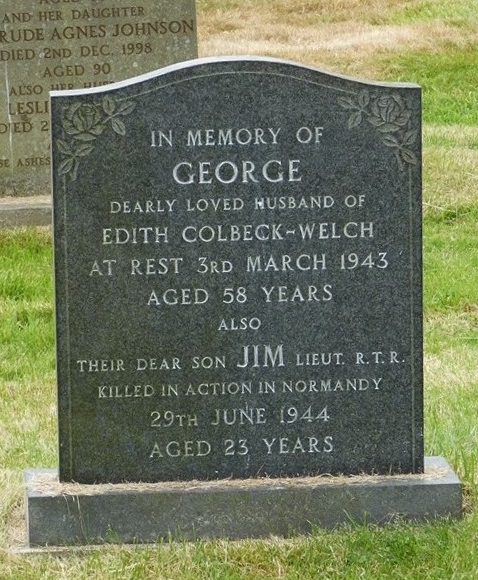 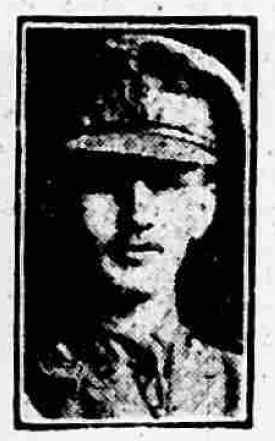 Pre-war Occupation*/marital status**
Trade or Occupation pre-war: Soldier
Marital status: Married
* Taken from attestation papers or 1911 census
** Marital status on enlistment or at start of war
Connection with Collingham, Linton or Micklethwaite and reason for inclusion on this web site

On the 19th March 1913, George married Edith Murial Lillian Mitchell in St.Oswald's church in Collingham. The couple initially settled in Calverley, Leeds but by 1914 or so were living at 'Cherisy' in Collingham.

George is listed as absent due to Naval or Military service in both the 1918 and 1919 Electoral Roll for Collingham. George initially enlisted in the Royal Engineers on the 22nd July 1913 and we believe he served in India (although the service record is damaged) until the 4th August 1914. He was promoted from the rank of Sapper to Lance Corporal on the 22nd July 1913, to Corporal on the 5th August 1914 and Sergeant on the 16th September 1914.

A newspaper article from the Yorkshire Evening Post on the 12th July 1917 provides some details of his service and his award of the Military Cross:

Yorkshire Evening Post 12th July 1917
AWARDS TO THREE LEEDS MEN
ENGINEER OFFICER'S GOOD WORK
"For acts of gallantry in the field during recent operations," the Military Cross has been awarded to Lieutenant G. S. M. Colbeck-Welch, a director of the Heckmondwick Chemical Company, and the only son of Mrs. Colbeck, of Harehills Avenue, Leeds. Lieut. Colbeck-Welch had been previously mentioned in Sir Douglas Haig's despatches. When the war broke out he enlisted as a despatch rides with the rank of corporal, and became attached to the Leeds Engineers. A few months later he was made a sergeant, being subsequently given a commission in the Royal Engineers (Signalling Section). Altogether Lieutenant Colbeck-Welch has been at the Front over two years, and a year ago was raised to full lieutenant.

George served in the Northern Signals Company of the Royal Engineers and transferred with that unit when it became the Northern Signal Service Training Centre. On the 8th August 1915, George went overseas with his unit. He was commissioned and rose to become Acting Major, remaining in the Royal Engineers throughout his service. George was mentioned in despatches for his service with the announcement being published in the London Gazette on the 18th May 1917. He was also awarded the Military Cross - the citation for the award reads: "T/Lt. George Sydney Marsden Colbeck-Welch, R.E. For conspicuous gallantry and devotion to duty. When all other means of communication had been destroyed, he continued to send much-needed messages by means of helio. This was done under very heavy fire and at great personal risk. He set a splendid example to his men." (from London Gazette Supplement). He was eventually released from service on the 15th July 1920.

George maintained an active interest in supporting the veterans of World War 1 and became the Vice President of Collingham Royal British Legion. He was also a past master of the Preserverance Lodge of Freemasons.

In World War 2, George became the Platoon Commander of the local Home Guard.

George and Edith had two sons, Edward Lawrence Colbeck-Welch (born 1914) and James Charles Colbeck-Welch (born 1920). The family lived at some time in Cherisy, Collingham, Langwith Park, Collingham and Red Gables, The Avenue, Collingham. Edward became a distinguished night fighter pilot in World War 2 and rose to the rank of Air Vice Marshall. George's other son, John, served in World War 2 in the Royal Armoured Corps and was killed in action just after D-Day in 1944. He is commemorated on the village World War 2 War Memorial.

George Sydney Marsden Colbeck-Welch died on the 3rd March 1943 and is buried in Collingham.