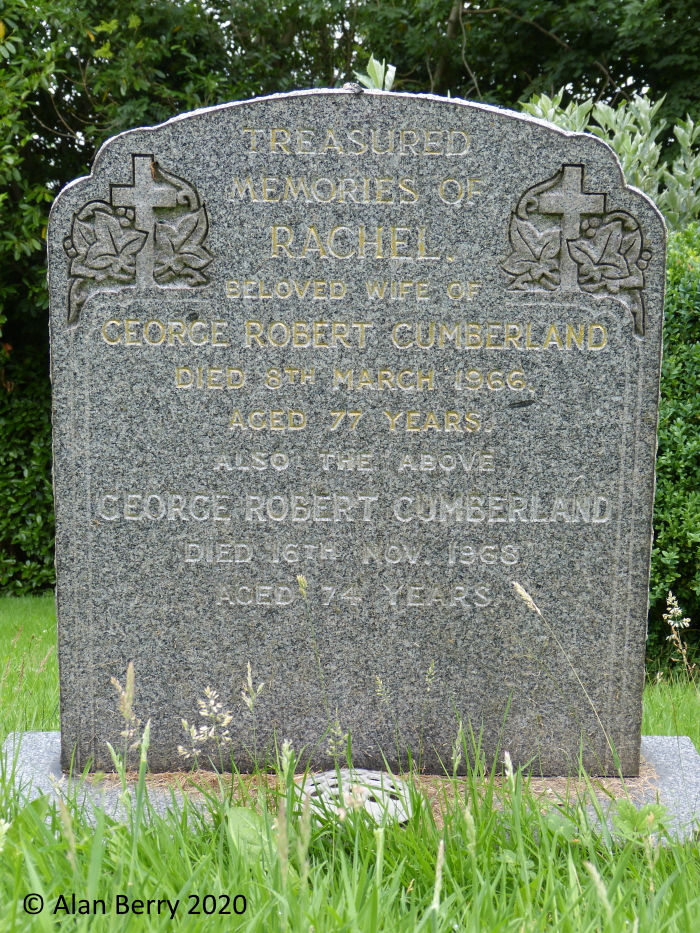 After the war, George returned to the Wetherby area, being on the Micklethwaite electoral rolls for many years. He married Rachel Clayforth in 1944. We have found one record of him, in 1933:

The Yorkshire Evening Post August 17th 1933
The weekly prize for the best fish is awarded to Mr. G. R. Cumberland, Micklethwaite, Wetherby, for a barbel, 5lb. ½oz., caught in the River Wharfe, at Wetherby.

George died in 1968, and both he and his wife Rachel are now buried in St.James on the Corner, Wetherby.