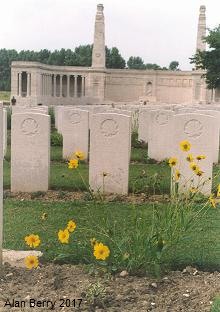 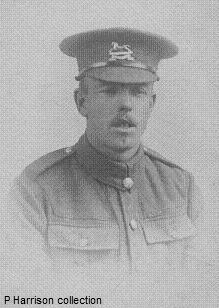 Commemorated at: Vis-en-Artois Memorial to the Missing, France

Other service during World War One
Information from Medal Index Cards (WO372), Medal Rolls (WO329), Service Records (WO363) and/or Pension Records (WO364) held by The National Archives.
Pre-war Occupation*/marital status**
Trade or Occupation pre-war: Farm labourer
Marital status: Single
* Taken from attestation papers or 1911 census
** Marital status on enlistment or at start of war
Connection with Collingham, Linton or Micklethwaite and reason for inclusion on this web site

Arthur Bootland was born in Collingham on the 14th November 1893, the youngest of nine children of William and Elizabeth Bootland. By 1911 Arthur was a farm labourer in Compton, Collingham.

Arthurâs service record has not survived and we have to piece his service together from other records. From Arthurâs medal entitlement, we know that he first served as 39507 Private Bootland in the 11th Battalion of the West Yorkshire Regiment (11/W.Yorks) before transfers to the 2/W.Yorks, the 2/5th W.Yorks, the 8/W.Yorks and finally to the 9th Kingâs Own Yorkshire Light Infantry (9/KOYLI) where he got a new service number as 64830 Private Bootland.

Arthur Bootland was Killed in Action on 24th August 1918 during part of a series of the Allied attacks now known as the Battle of Albert to clear the Germans from that town and to drive them back. Pte Arthur Bootland was 24 when he died and he has no known grave, being commemorated on the Vis-en-Artois Memorial to the over 9,000 men who fell in the period from 8th August 1918 to the date of the Armistice in the Advance to Victory in Picardy and Artois, between the Somme and Loos and who have no known grave.